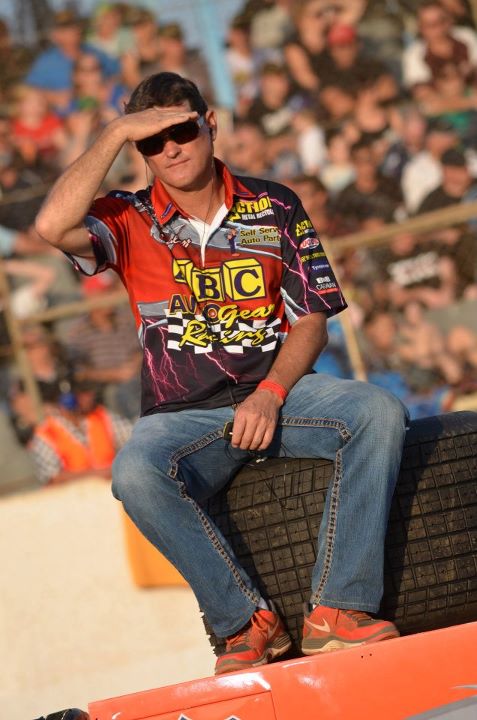 Versatile is an often over-used term in auto racing but in the case of Queensland jack-of-all-trades Todd Wanless it’s an appropriate description. Whether it’s bitumen or dirt, Wanless loves it all. If it’s got wheels, he’ll let it loose on a variety of different surfaces.

That racing passion has been bred into him at an early age; his Dad Ron was a former two-time Australian Speedcar Champion and young Todd has modeled his aggressive racing nature on that legend his father created over three decades ago.

These days living in Rochedale in Queensland, Wanless is a committed family man (he and wife Robyn have two daughters) a voracious business-man (owning several business interests) and a hard charging racer.

Though his first love was horses (he raced Trotters as a youngster) Todd moved first into road racing before eventually settling into the fire-breathing Sprintcar ranks and then inevitably being drawn to the class his Dad mastered – the wild and wingless Speedcars.

Recognised as the toughest state level scene in Sprintcars,Todd fought fought his way to the top of the 2004/05 Queensland Sprintcar season, winning the dual crown of the Comp Cams Sprintcar Series and the Modified Sprintcar Association of Queensland’s club championship.

As adept at circuit racing as at Speedway, Todd has spent over a decade in circuit racing, including racing at the Bathurst 1000 and in V8Supercars.